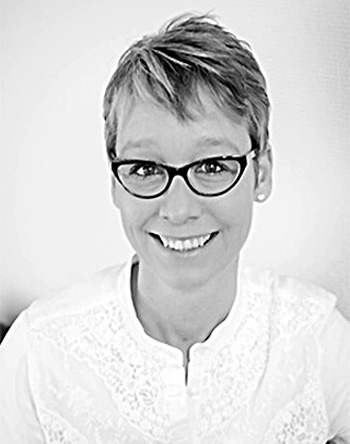 My name is Nicole de Haas. I am married and have 3 children. With my family I live in Twente.

I worked for almost 10 years in childs welfare work and social work with children and adults. I started my own practice as a naturopath and kinesiologist and all those experiences I have had in those aspects of my work helped me in my work and development as a medium and teacher.

I did several courses on intuitive development and healing in 2005 and 2006. Those were a strong foundation for my further mediumship and spiritual development. I feel privileged that through my mediumship Iam able to create a bridge between this physical world and the Spirit world, that are in fact one world.

Throughout my life I have always felt things intuitively and as a child I was very sensitive. After getting in touch with different forms of energy work, my spiritual development took flight. It was during those times that I discovered that it was the Spirit world giving me messages. However, I did not actively do anything with it at that time.

Shortly after I started working as a naturopath and kinesiologist, I found out that I could connect to the Spirit World naturally. I decided to do some courses and finished a 3-year training in mediumship in 2010. I visited the Arthur Findlay College on many occasions and in 2015, after a few years within the teacher training scheme, I became a fully approved tutor at the College in April 2015. In August 2012 I passed my CSNU for demonstrating and speaking, a qualification that is recognized by the English SNU. From 2009 until 2019 I was the organizer of an international program on mediumship at the Zwanenhof, former spiritual centre. Since November 2019 Ehzerwold Estate became my new place where I work from since.